The Nike brand was founded in 1964 as a water sport established in Oregon by Bill Boomerman.
Nike has initially been acting as a distributor of the Onitsuka brand, a Japanese women’s shoes company currently operating with the name of Asics.
Nike brand formally established its company in 1971 and started its activity.
The company’s capital was established at the beginning with only $ 1,200 in the bank.
The first Nike shoes were made in Van Wafer and were exposed to production and compete with other competitors.
One of Nike’s “Nike swoosh” concepts is designed by Carolyn Davidson, a student at Portland State University for just $ 35 (just over $ 200 in today’s currencies). Subsequently, his shares were given to him at a later stage, valued at more than $ 640,000.
Part of Nike’s success is to support athletes such as Michael Jordan, Mia Humm, Roger Federer and Targu Woods.
The Nike Sports Company also registered a deal with a footballer named Cristiano Ronaldo and presented her products with the name of the successful CR7. CR7 brand products, including shoes, underwear, and perfumes.
The first Nike promotional campaign in the Just Do It campaign was launched in 1988. The ad includes Walt Stuck, an 80-year running icon that runs across the Golden Gate Bridge.
The largest Nike store in the world at home is Nike, not in the United States, but on Oxford Street in London. To equip and build the store, it’s worth 10.5 million pounds, one of the best Nike concepts in the department store decoration at this store, with an area of three floors and a total of 42,000 feet. This store is located around a square in Nicoton, London.
In this store there is a collection of efficient combinations in the supply of clothing.
The compositions that make up the new style of decoration in the style of the new product make it even more beautiful and better for Nike products.
The combination and use of up-to-date and efficient materials in Nike’s interior design has made the Nike brand a lightweight company in sport decoration and shop decoration.
Today, most sports brands, such as Nike, follow the modeling principles of the Nike Designer in delivering products at sports stores.

Designed by the Tarheshel company in the field of Nike Decor 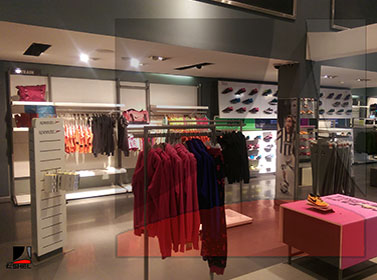 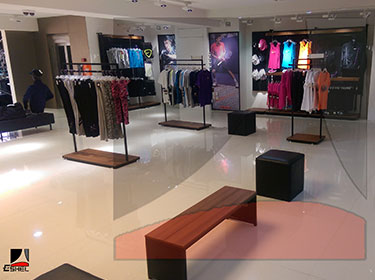 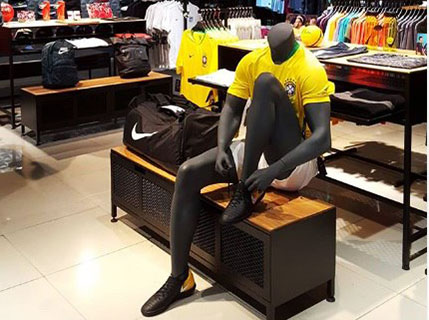